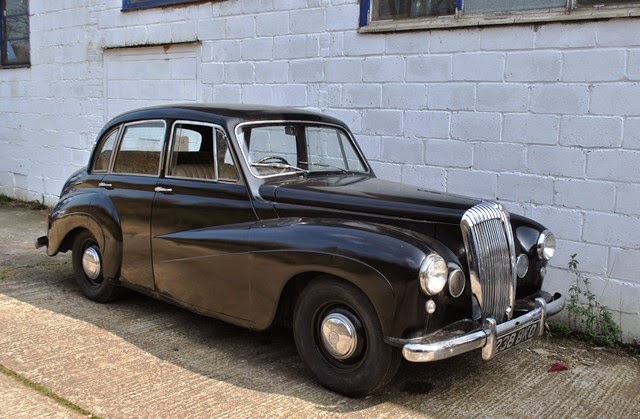 The Daimler DB18 started out in 1939 as a six-cylinder chassis on which Daimler, and various other British coach builders, offered a range of bodies. The car used a 2,522cc, six-cylinder engine fed by a single SU carburettor.  Throughout its life, 70bhp was claimed; although later, a change in the gearing to coincide with the introduction of the Consort in 1950 and marking an increase in maximum speed from 76mph to 82mph which, by the standards of the time, was brisker than it looked. The independent front suspension used coil springs while the back axle was suspended using a traditional semi-elliptical set-up.
This Daimler DB18 has been standing for some time and will require a little re-commissioning. We are advised however that she starts and runs well and the pre-selector gearbox operates as it should. From a bodywork aspect, she appears pretty solid and the interior trim has a lovely patina. Offered without reserve, this DB18 is an opportunity to purchase an entry level classic car that perhaps is best described as a rolling restoration project