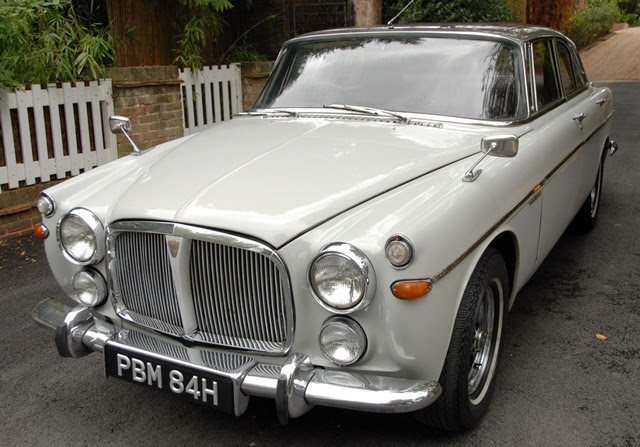 In 1965, Rover's Managing Director, William Martin-Hurst, secured the tooling and production rights to '215' V8 engine from Buick. Rover redeveloped the engineering and launched it at the end of 1967 which, along with some other modifications, transformed their already highly regarded and successful P5 flagship into the P5B. The new aluminium V8 was significantly lighter and considerably more powerful than its predecessor, delivering 160bhp and a massive leap in torque to 210lb per ft. at 2600rpm, vastly improving pace, comfort, balance, handling, economy and reliability. Rover's only gearbox capable of handling such power was the Borg Warner Typre-35 automatic. Rover now possessed a formidable sporting saloon to take on the finest from Mercedes-Benz and Jaguar. Solihull production soon doubled to keep up with orders but the creation of British Leyland in 1968 however had the long term effect of thwarting Rover's impressive growth and image-building. A strategic decision was taken to market Jaguar, now sitting alongside Rover in the British Leyland stable, to the luxury audience. The impressive V8 engine flourished for decades afterwards within the Rover, Land Rover and Range Rover stable, as well as other marques such as TVR, Morgan and MG.
Finished in Burnt Grey over Silver Birch with Mulberry hide interior, PBM 84H was first registered on 16th July 1970 in Northampton. In 1997, the Rover was exported to the Netherlands where it was garaged as part of a private collection. The owner added electronic ignition, an LPG fuel tank professionally installed in Amsterdam (UK fuel station compatible) along with a small petrol fuel tank also. The car has also been fitted with a full stainless steel exhaust system and Avon white wall tyres on the original 'Rostyle' rims. The compulsory annual APK test history (equivalent to the UK MoT test) shows regular annual usage varying between 400 - 4,000 miles per year across the past 18 years. The latest APK test certificate, issued on 7th July, shows no advisories. It completed the 300 mile drive back to the UK in July without a glitch or hesitation. Said to drive majestically the P5B Coupé will be presented to auction with a new UK MoT test certificate and UK registration papers.﻿ 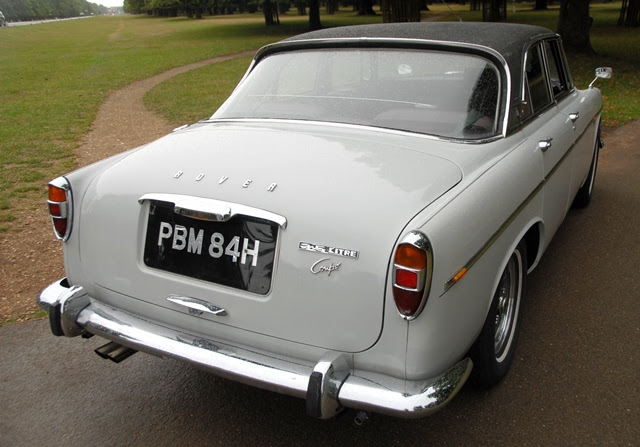 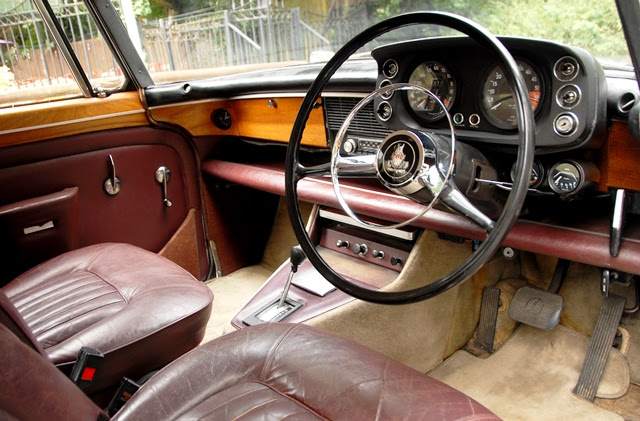 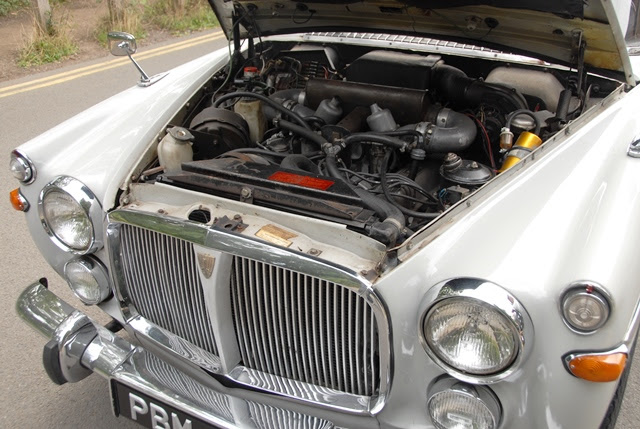